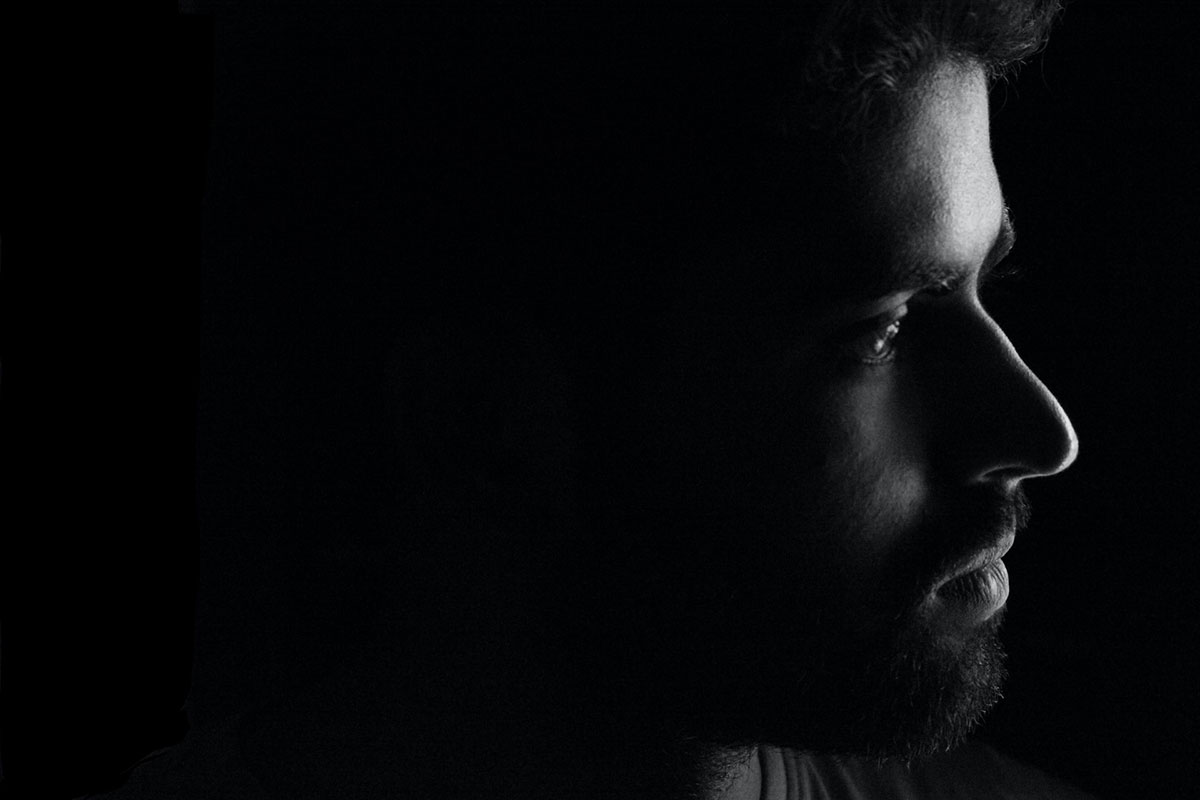 I was in a business partnership that failed after 3-years, version 2 of my beloved TriniSpace.com was a failure, my media company, Amit Productions failed. I launched my own brand for Women; it failed shortly after. I produced an entire season of a T.V. Show; it failed to turn a profit, I was even married for 6-years and that failed as well. So it’s no secret that I am a failure.

Way back in 2009, a friend I considered like a brother, sold me the idea of selling auto parts & accessories online-only, to revolutionise the local industry, as well as provide funding, when it became profitable, for our future dreams of making creative films and most importantly, it would be an equal partnership.

I agreed since we were very close.

We shopped for developers who were either unavailable or were too difficult to work with, so I took it upon myself to painstakingly develop the online store for us. Without that website, we would be yet another auto parts & accessories place. Thus became AutoKoreaTT.com.

I helped execute his vision over the next three years and trusted him with a great deal, in many ways, only to be cunningly booted out of the company when the money finally started coming in for us, despite my many attempts to do more for the company. I know now, he kept me away from doing more so he could’ve cut me out.

The failure of TriniSpace.com – Version 2

With the sobering taste of AutoKoreaTT.com’s partnership failure, I knew I had to follow my own dreams and not the dreams of others.

I set to work on a new path forward, which became TriniSpace.com, a 5-year-old dream I had, which quickly turned into an expensive hobby rather than a full-fledged business.

I eventually decided to make it my main business in 2016. This was the “Version 2” of TriniSpace, some 4-years after the original.

It launched in mid-2019, some 3 years later but it failed to gain the momentum everyone hoped it would have. I’m considering TriniSpace, Version 2, my Windows Vista.

The failure of Amit Productions

Shortly after the successful execution of the Short-Film, I did in 2014, I started my production company with everything I had. Being in the advertising industry for more than a decade already, this was a natural progression.

However, despite my skills and willingness, the lack of experience I had in this field and many other reasons, led to the failure of this company. I also didn’t like all the people blowing smoke up my ass for their own gains, because the company was progressing so rapidly, and took a big step back to assess what was going on.

I’m a very calculating person and saw where everything was heading. I quietly stopped operations, reverted to my previous line of work and just focused on select clients over the next few years, cancelling current and future projects that were under Amit Productions.

The failure to continue HerSTYLS

HerSTYLS, my brain-child brand I birthed in 2015 which had quite grand ideals, would’ve required all hands on deck from all the people who claimed to want to be part of and supported it.

Had I known that some only wanted to “milk the calf” (read this article to understand) and had their own agenda, capitalizing on all the work I single-handedly did and not put in the work required, I would’ve scaled it back and launched it within my means.

I soon learned exactly what “brown-nosing” felt like and again, with my calculative mind, I realized where it was going, despite having a successful launch and didn’t like my vision/brand being abused this way. So I shut down all plans quietly and decided eventually not to move forward all things considered.

The failure to continue this brand, which was as important to me as TriniSpace.com, left me somewhat broken for months after. This shutdown coincided with the end of Amit Productions as well.

I’ll refer to the local television show I produced between 2015 and 2016, as that “T.V. Show” I shot, directed, edited, produced and distributed, for now. Yes, I’m a one-man, production army of sorts.

Between the inception and launch of HerSTYLS, I produced an entire season of a T.V. show that aired on one of our local stations.

I hit the ground running with literally no time to prepare, shooting, editing and delivering a new episode, per week! Yes, that’s how crazy it was for me.

Eventually, I burnt out and it failed to turn a profit, so I soon stopped operations when I realised what was happening.

Coincidentally the T.V. Station that aired the show went bankrupt and closed down shortly after, so everyone thinks the show got cancelled because of that when in reality, I made the decision to discontinue it.

Also this “T.V. Show” was always intended to promote the brand HerSTYLS from its inception and transition into its launch, but judging from that failure to attract funds, I wasn’t going to let my brand become its life support on launch.

The failure of my Marriage

I won’t bore you with details about my 6-year marriage, only to mention that it was yet another failure of mine.

One would think after so many failures I should just bow out quietly and stop chasing dreams. The key thing to note, however, why I’ve failed so many times is because I keep trying. If it’s one thing I’m good at is getting back up when I’ve been knocked out.

Many try once or twice, can’t handle the pain and struggles and retreat to a regular, uninteresting lifestyle. Some even turn bitter because others have succeeded where they didn’t.

My biggest enemy is a mediocre life. This is what drives me to keep moving forward every time.

Despite all my failures, I believe I’ve been successful at gaining one major thing, experience or wisdom. Success brings experience also, but only failure can turn that experience into wisdom.

So what have these failures taught me?

From the failure of AutoKoreaTT, I learned never to partner with anyone again or do ‘collabs’, especially with friends or without a suitable, solid contract. My experience from AutoKoreaTT helped me make the decision to end the “TV Show” quickly. I went on to do many creative media projects while they’re yet another auto accessories place.

The failure of TriniSpace Version 2 pushed me to pursue TriniPixel.com sooner than planned. It’s a grander more versatile platform than TriniSpace could have ever hoped to be, plus helped me create the next evolution of TriniSpace which combines my years of experience and wisdom about our fragile online industry.

The failure of Amit Productions pushed me to create Cheerful Giant Media, which encompasses more and allows greater flexibility. All my knowledge about the industry and the missteps I took will come into play, making Cheerful Giant Media a more robust company.

Although HerSTYLS failed to continue, I’m actually on the brink of restarting it in a more appropriate way, much more than I expected to, with someone I have a great deal of faith in, my life partner. It almost feels as though I kept it all this time for her without knowing it at the time. I had always intended to relinquish this brand to a female, I just never found someone worthy of it until now.

My T.V. Show failure actually showed me I could do amazing things with little to no help from others. I was able to pull off an entire season of a T.V. Show on a shoestring budget, operating at a loss, can you just imagine what I can do with a little more resources? This experience has actually given me more self-confidence than I ever imagined for future endeavours.

Lastly, my failed marriage has taught me a great deal about choosing someone to become intimate and personal with again, what are the red flags to look out for and what I truly don’t want in a life partner. That last piece is golden advice. Not everyone that makes you feel good or tries to be in your life, is right for you. Some people should just remain friends.

I may or may not be going into another storm with all the new plans I’ve been executing slowly and patiently over the years since my failures. However, like an experienced captain, if a storm does occur, I’m more prepared and I have greater confidence I’ll be able to channel these uncertain waters to keep my vessel in one piece and not have to abandon ship, like previously.

My so-called “failures” were pivotal educational moments, for if we only succeeded we would learn nothing in life. It has taught me to become stronger, evolve quicker and enforces my new favourite life quote, “Keep Moving Forward”.

I’ve failed many a time, however, I can admit when I’ve been defeated and choose to acknowledge it publicly. Not many people are willing to admit failure, for fear of ridicule, “keeping face”, pride, ego, stubbornness or some other superficial reason. So they never admit it, and the key to learning from your mistakes is an admission of failure or you’ll never evolve.

While I might be a failure at some things, I’m not a complete failure like those who laugh and judge others merely for trying, as I did.

Finally, to everyone out there, I ask, who’s making the rules and says you need to quit because you’ve failed? You should only quit when you decide to, never let others dictate the pursuit of your dreams. Things will never go according to plan and only the weak bow out while the strong continue the fight the good fight.

The grander the vision the greater the struggle, and I have quite the grand vision that’s yet to come. 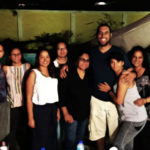 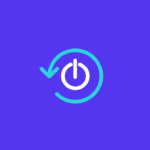